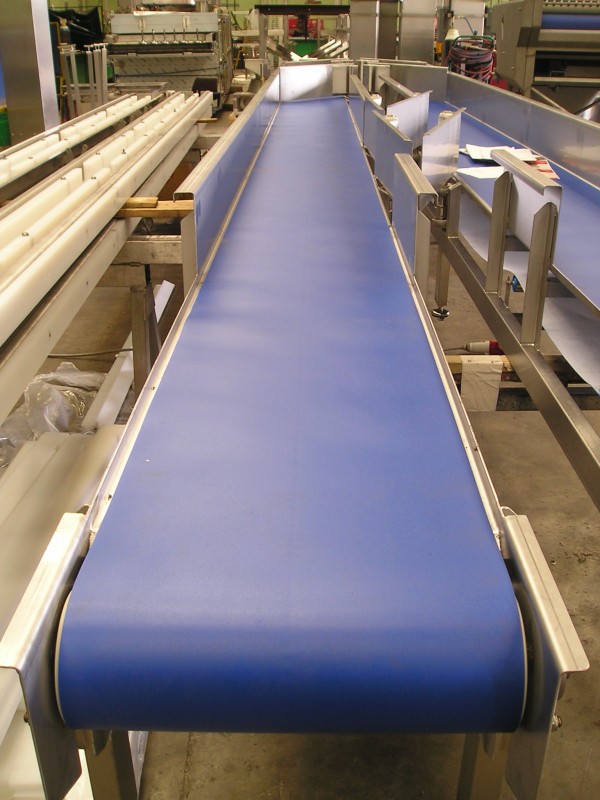 A belt conveyor is a system of pulleys with a long loop of fabric or other material stretched between them. Usually at least one of the pulleys is motorized to pull the belt along with it. They are used to conveniently move heavy objects from one part of a processing facility to another. They can be extremely complex or quite simple.

Belt conveyors have traditionally had difficulty navigating corners or tight turns. Most belt and pulley systems need to be in a straight line in order to function properly. However, most warehouses do not offer such clear paths between where the objects are and where they need to be conveyed to. In that situation, most complexes use a series of belt conveyor systems.

When there is a corner that must be gone around, they will design a series of small conveyors, each of which is at the appropriate angle to make the turn gently.

Certain specialized belt conveyor systems, like the baggage carousels in an airport terminal, are designed to work at an angle. This is not an option in most workplaces. There is many more than one type of belt conveyor in use in an airport, and they each have their own unique function.

Warehouses and packaging facilities use belt conveyors that are superficially similar to the conveyors used by airport baggage handlers to get checked luggage from the front desk to the airplane, but it is very rare for a business to need the combination of easy access from a diverse group of people and constant operation that inspired airport terminals to develop the baggage claim carousel.

Most belt conveyors in the workplace are much simpler in function and less durable in material.

For further details or inquiries, or any custom requirement, get in touch.